Ukrainian entrepreneurs are a reliable rear of Ukraine during the war

Supporting Ukrainian entrepreneurs = supporting the economy of Ukraine during the war!

After the beginning of Russian full-scale invasion into Ukraine, not only the infrastructure, but also the economic and business sectors were destroyed. Each week of war costs more than UAH 50 billion to the national economy of Ukraine

But despite all the difficulties, Ukrainian entrepreneurs continue to work, keep jobs, pay salaries, provide the country’s population with the necessary goods and services, volunteer, pay taxes, and also contribute huge amounts of money to the victory of the country.

Ukrainian entrepreneurs today are warriors of the economic front of Ukraine!
And they need your support.

How you can help?

For 10 years, Startup Ukraine has been teaching the basics of business to those who want to start their own business and become an entrepreneur.

And today, our goal is to help Ukrainians to preserve their businesses, to support, to create new jobs, to expand existing projects and to enter new markets in Europe and around the world.

For this purpose, we have created a number of programs that will be free for Ukrainians.
You can become a sponsor of these important support programs and help financially – make a donation that will go towards the development of Ukrainian entrepreneurs.

Become a part of economic front - support the projects of Startup Ukraine.

“Be an entrepreneur” – programs for Ukrainians who lost their jobs due to the war and remained in Ukraine. We will help them discover their entrepreneurial potential and start a business.

Startup Challenge is an online course on starting your business in conditions of instability and economic crisis.

LEARN MORE ABOUT THE PROGRAM

Business Challenge is an opportunity program for macro-business owners and small entrepreneurs whose businesses have ceased to function due to the war.

development of the Made by U platform – creation of an online catalog to promote quality Ukrainian goods to the international market.

Creating conditions for the development of startup and entrepreneurship support organizations in Ukraine.

Despite the fact that the war destroyed our business model and deprived us of the opportunity to fully develop the startup sector of Ukraine, we did not stop our activities. In the first months of the war, we organized a project to develop entrepreneurship among Ukrainian refugee women in Denmark, where 55 motivated women are being trained. We need your help to continue our work and create new projects.

SUPPORT THE DEVELOPMENT OF ENTREPRENEURSHIP IN UKRAINE

How can you support Startup Ukraine?

a comfortable amount on Patreon

and help us develop the ecosystem by participating in Startup Ukraine programs. To do this, fill out the questionnaire

Fill out the questionnaire 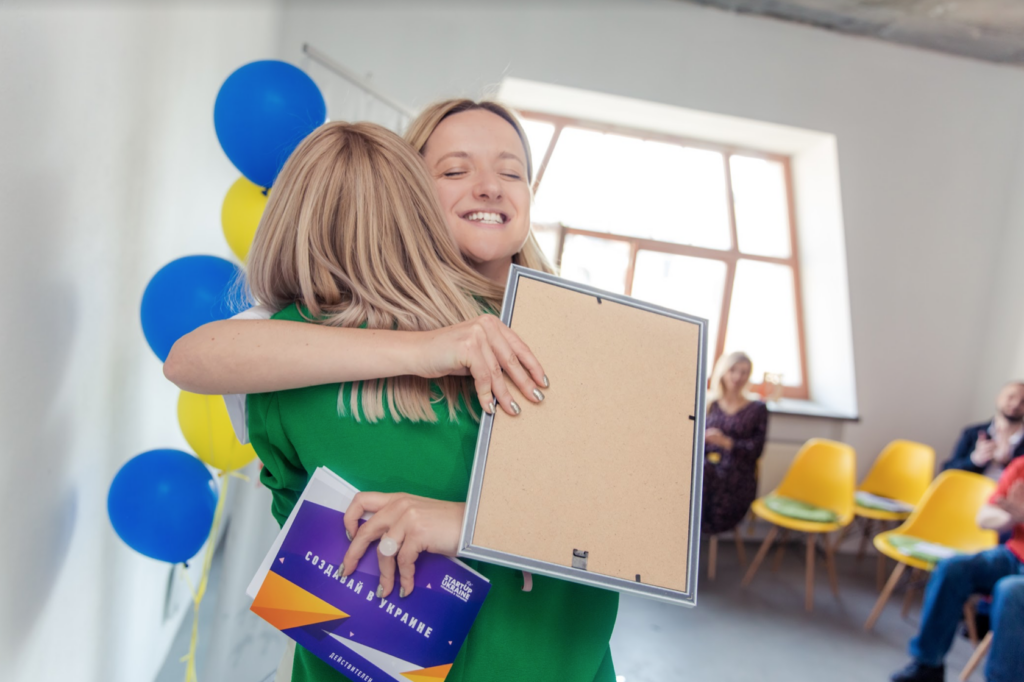 Questionnaire of the mentor